Athletic and Fitness practices utilize both food and supplemental items to fuel routines, regardless of goals. Keeping the goal of Nertobessus in mind (the establishing of athletic cultus), we can possibly tie the utilization of food and supplements within observable religious praxis. Within this brief extrapolation, we will attempt to create a method of asking the gods or ancestors (whomever the practitioner believes has a vested interest) for their blessings and transferring of a small portion of their ‘Segos’ or ‘Nertos’ (or Strength) for the training of the day.

Food is an obvious item for many religious offerings in nearly all regions of the world. To remark on each region would be time consuming, therefore we will look at a few worldviews that will set the precedence of food offerings and the consumption of Noibobeton [Gaulish: Noibos-Holy + beton-food] or sacred/blessed/holy food.

Proto-Indo European: Ceisiwr Serith in his book Deep Ancestors[1] demonstrates that in Proto-Indo European culture, food is partaken after ritual in a feasting format. This feast is considered a bond between mortals and gods, strengthening their relationship through a shared meal.

Gaulish: According to Jean-Louis Brunaux, Gaulish tribes sacrificed and offered to chthonic gods. The animal was deposited whole in the pit of the altar where they putrefied for months, in a sort of libation, to feed the god(s) below[2].  This at least sets a precedence for food offerings, but not in sharable sense. However, Segomâros Widugeni in his basic ritual format notes that feasting would take place after ritual (except in regards to chthonic gods)[3], agreeing with Serith.

Norse: During the time of certain blóts, sacrificial meat was cooked in the temple and shared between the participants and the gods[4].

Greek: During various rituals to the gods, including to heroes, meals were also shared between the participants and gods within sacred spaces. ‘…the god and his worshipers both partook of the food offered. An animal was slaughtered; the god’s portion-or part of it-was burned on the altar, and his worshipers ate the rest-the rest, that is, except for certain further portions which were also assigned to the god and “deposed” (not burnt) for him, usually on a special table.’[5]

Thus far, it is demonstrated that there is indeed precedent for sharing meals with gods. These instances however are reserved for more special occasions then regular worship and often involve the use of meat and animal sacrifice.

Hinduism: If we look at Hinduism, there may be solution to link athletic cultus and sharing food, and therefore blessings of the gods in the form of nutrition and strength (Segos). The concept we will look at heavily then is ‘Prasāda’ or ‘gracious gift’. Typically, Prāsada includes any type of gift that can be eaten or worn, but is blessed by a god. Devotees would ritually approach an image of the god and take darshan of it (the devotee sees the god and the god sees the devotee). They would then make the offering to the deity (whether it be material or non-material). If it’s material, it would be eventually transformed into ‘bhoga’ or ‘tasted, enjoyed’. After the deity’s acceptance, it is transvalued and the returned as a token of the ritual[6]. Various blessings would then be bestowed on the devotee, such as Krishna’s mercy[7] demonstrated by the Bhagavad Gita.

Now that we have seen an example of how food can be given the blessings of a god and then consumed by the practitioner within the site of worship, we can look at the benefits of doing so in a religious context. As it was said before, Prasāda can bestow blessings such as Krishna’s mercy, but for athletic cultus we may need to look at concepts of Mægen/Megin[8] or the extrapolated Segos[9].

As the Lārhūs Fyrnsida points out in Hauksbók, the man Odd kills a bear which had eaten his father and brother, which he then eats and absorbs the strength/vigour from all three beings. This relates more to the ‘hama’ or membrane or skin of the bear containing it’s strength according to Claude Lecouteux[10], but it demonstrates that strength/Mægen/Megin/Segos can come from consuming food items, even if this instance is more related to flesh or meat of animals.

With this in mind, we can create a practice that involves asking the gods to bless food (or supplements mixed with milk or water) after tasting it themselves, and ritual consumption which would give us a portion of the gods strength for training/athletic purposes.

For simplicity, we’ll integrate these principles into second ritual format of Senobessus Bolgon. Other ritual formats can work, this is just a workable all purpose example.

1. Purification/Glanosagon, in which one would sprinkle the water on participants while saying a purification blessing. (Or bathing or washing one’s hands before the ritual)

2. Beginning/Kentus, this would establish a holy silence and then make a sacred fire which is the holiest part of the sacred space. An optional part would be a making of the rampart, which can be done with a candle. (I’ll circle the candle, usually a tea light, around the shrine/altar three times in a clockwise motion, once for each world; Albios/Nemos, Bitus, Mori/Dumnos. The reason for this is because it’s still a recreation of the cosmos and the shrine/altar functions as the axis mundi/world tree.)

3. Offering/Adbertâ, Chant-Prayer/Natus, and Thanks/Braton. (For daily offerings, I give incense sticks/cones, lit by the candle previously mentioned, alongside the prayers. I feel that’s the bare minimum. However we are utilizing the concept of blessed food here. Water can be looked at as the bare minimum for offering of foodstuffs.)

An Example Prayer for Athletic Cultus:

I give this out of loyalty to you.  May you put a portion of your power as I eat it along with you.

I pray that you give me strength and good training on this day.

4. Feast/Ulidos (This step is switched for the purpose of sharing the food within the sacred space. In order to actually share with whichever god one chooses for athletic cultus, it is recommended that one sets it on the shrine for a set amount time and/or actually ‘feed’ the offering to the icon/image, such as dipping one’s finger in milk/water+supplements and rubbing it on the mouth of the icon/image of the god. One’s mileage may vary here.)

5. Covering the sacred fire/Clitâ Noibotenetos, or leaving it to burn out. (Most people I imagine feel safer not having an open flame burn out in their home when not around, so use water on the tips of the fingers to pinch the flame out).

As stated, this concept can work with supplements mixed within water or milk, or even quick snacks before training or athletic events. It should also be noted that some may have reservations about consuming a portion meant for a god. If this is the case, it’s possible to prepare a double portion of the offering in order to share the meal; one portion to the god and one portion to oneself. Then when appropriate, dispose of the god’s portion correctly. One’s mileage may vary. 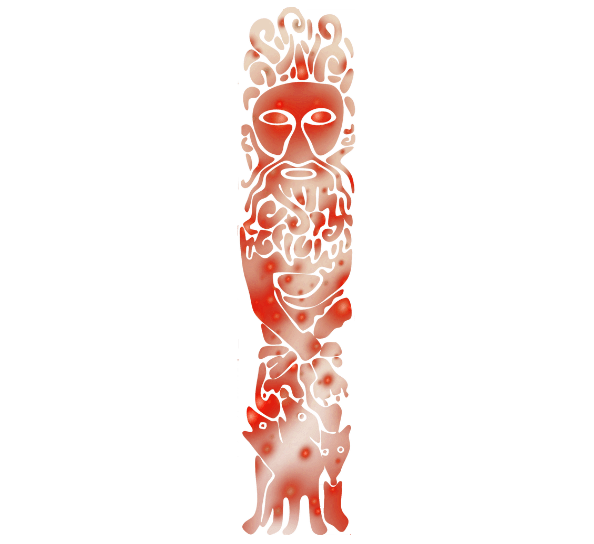 10. The Return of the Dead: Ghosts, Ancestors, and the Transparent Veil of the Pagan Mind by Claude Lecouteux